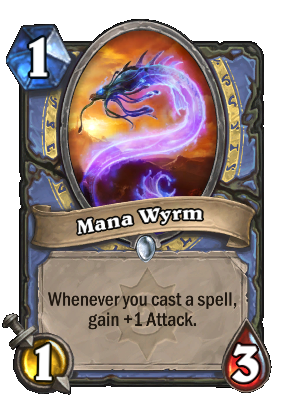 Whenever you cast a spell, gain +1 Attack.

These wyrms feed on arcane energies, and while they are generally considered a nuisance rather than a real threat, you really shouldn't leave them alone with a bucket of mana.