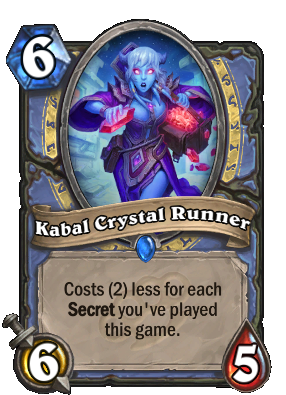 Costs (2) less for each Secret you've played this game.

"Listen, I can cut you in on a little of this premium mana, but you can't tell my boss."