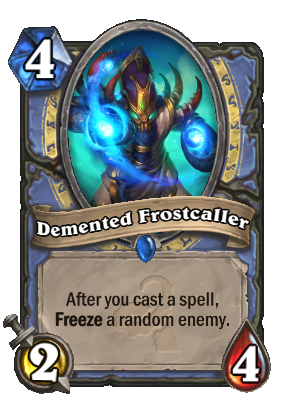 After you cast a spell, Freeze a random enemy.

He prefers that you refer to him by his nickname: 'Frostwaker.'