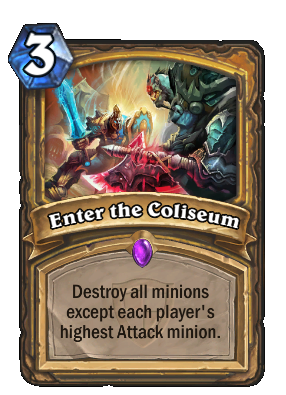 Destroy all minions except each player's highest Attack minion.

You have to get past the vendors first. So many are lost to shopping...