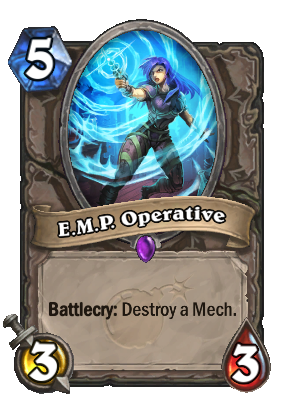 "I said this looks like a job for me So everybody just follow me 'Cause we need a little E.M.P. 'Cause it feels so mechy without me…"