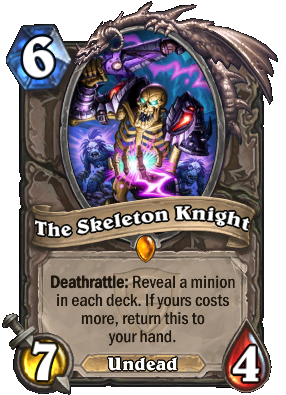 Deathrattle: Reveal a minion in each deck. If yours costs more, return this to your hand.

Apparently it really was just a flesh wound.