Finally got to playing some Zoo this season and it is definitely still strong.  I updated the list to what I'm playing right now.  The deck has definitely gotten a lot quicker and more aggressive but board control is still the key.

-When you're not on the coin you need to mulligan hard for a 1 drop always.  Sometimes you can make an exception against slower decks but you need to have board presence asap.

-When you are on the coin you can be greedier with your mulligan.  Depending on the matchup you want to keep things like Knife Juggler or Dire Wolf Alpha.  Imp Gang Boss is almost always good to keep with the coin and if you know your enemy is control heavy like Freeze Mage or something that will run Doomsayer, Crazed Alchemist can be very good to keep.  With the nerf of Ironbeak Owl, Crazed Alchemist fills a similar role and actually finds value against Bloodhoof Brave and other low attack, high health taunts.

- While you may be able to SMOrc people down, board control is always more important than getting in face damage.  With Leeroy Jenkins, 2xPower Overwhleming, and 2xSoulfire in your deck you will almost never run out of damage unless you lose your board.  There's some exception to this obviously if you have lethal, but other than that board presence is top priority.  I have won zoo mirror matchups with only 1hp because my opponent decided to SMOrc instead of trade and allowed me to regain the board: 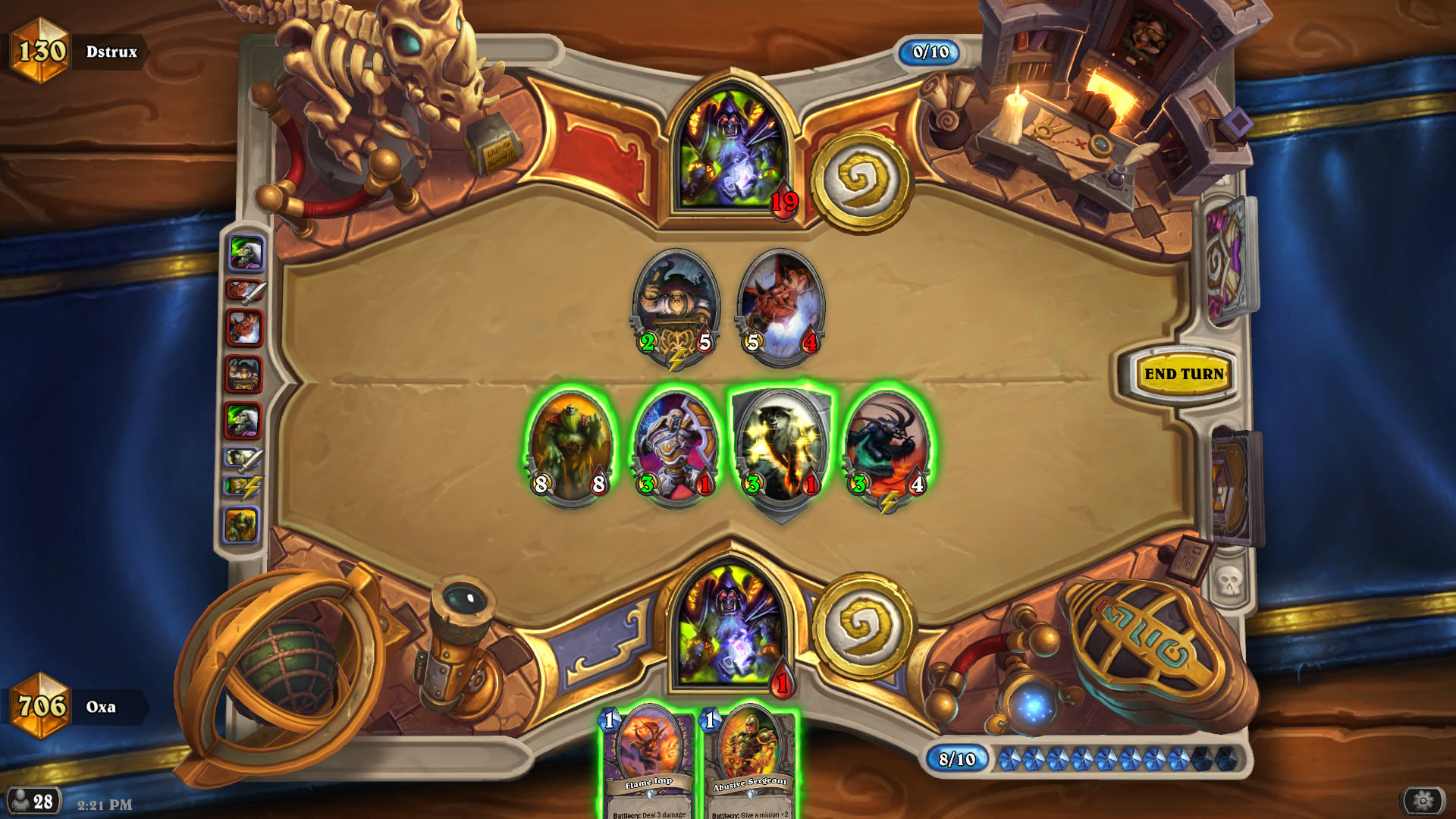 -The meta is constantly changing and it is important to remember that means your deck should be changing with it.  Some tech cards might be good today but not worth running tomorrow.

If you have any questions I do my best to respond in the comments.  Zoo is much different than it was before standard but it is still very viable and a lot of fun.  Good luck grinding! (: 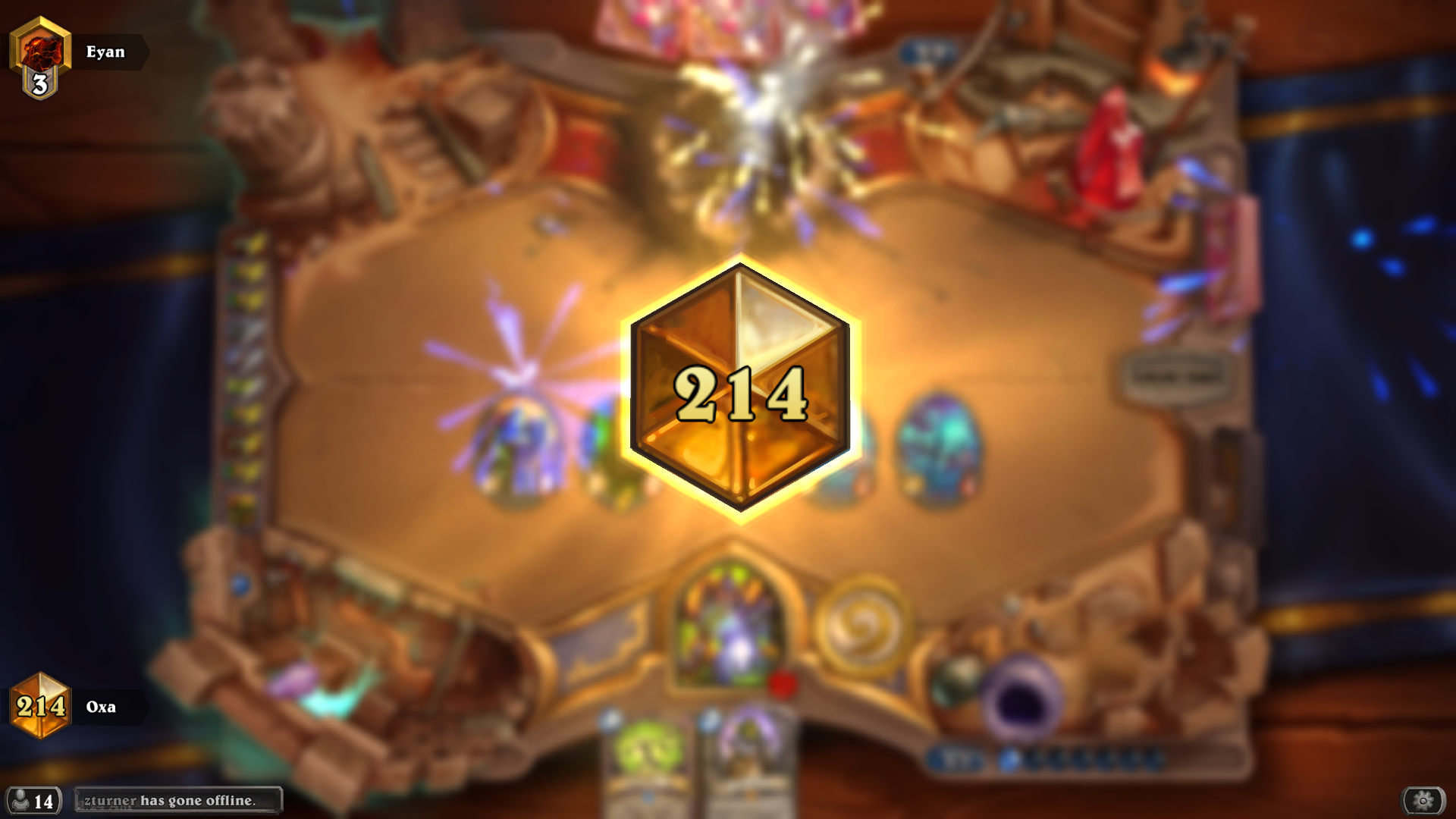 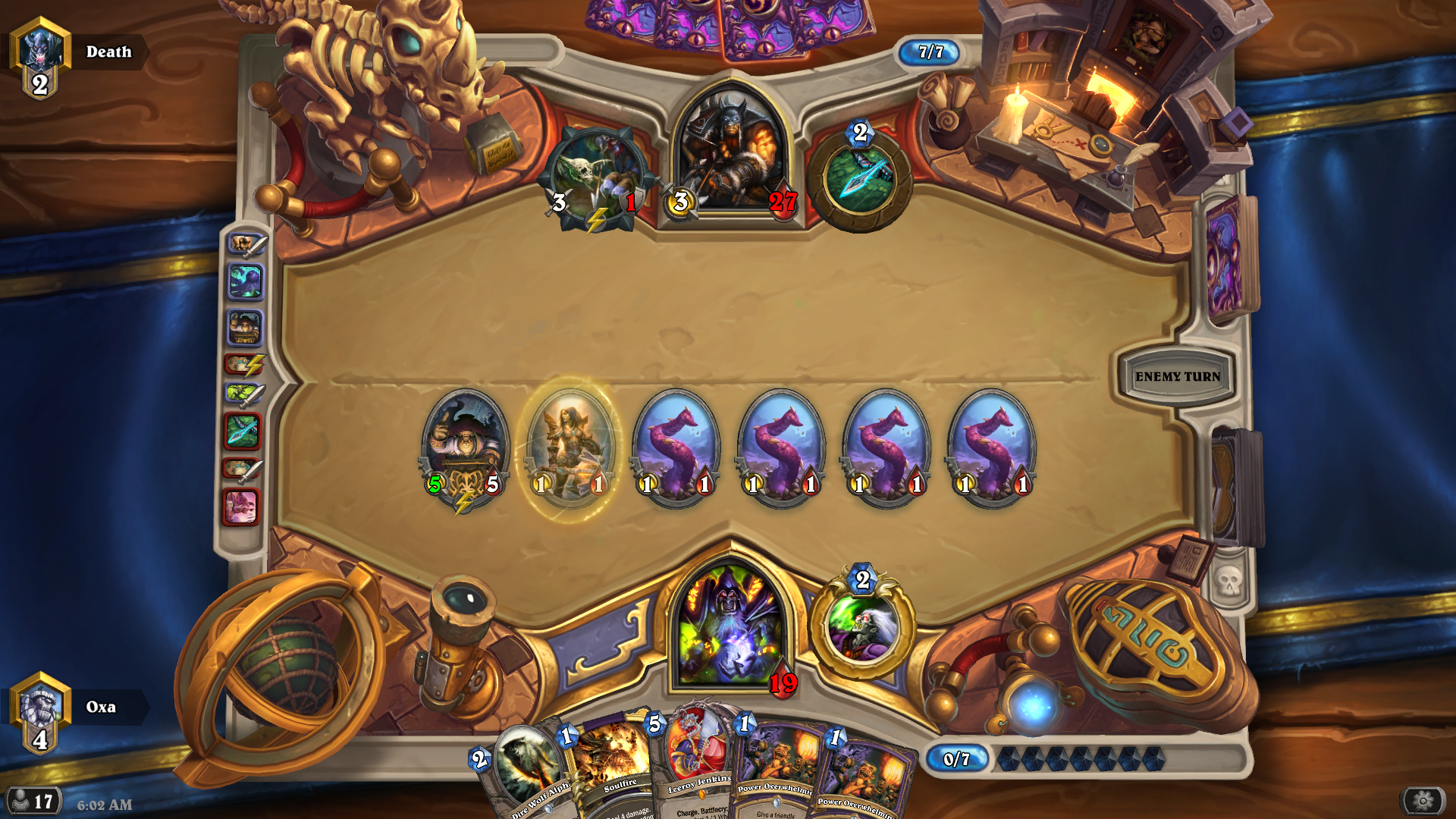