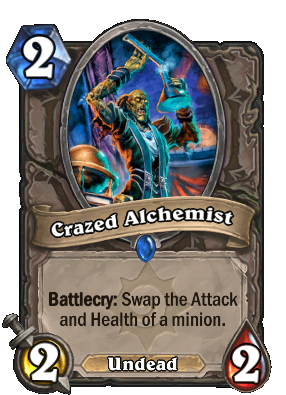 Battlecry: Swap the Attack and Health of a minion.

"You'll love my new recipe!" he says... especially if you're not happy with your current number of limbs.