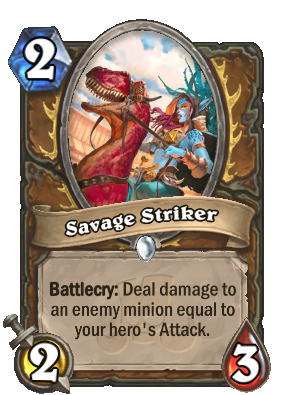 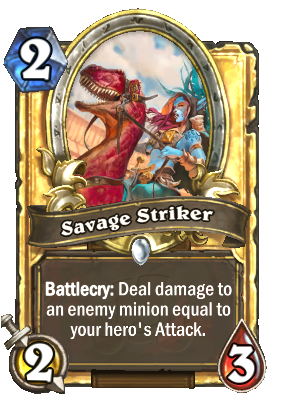 Battlecry: Deal damage to an enemy minion equal to your hero's Attack.