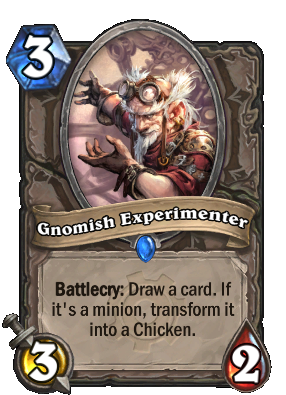 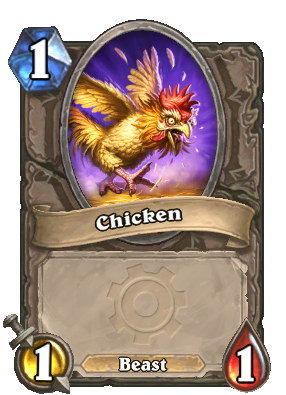 Battlecry: Draw a card. If it's a minion, transform it into a Chicken.

He's legitimately surprised every time he turns himself into a chicken.