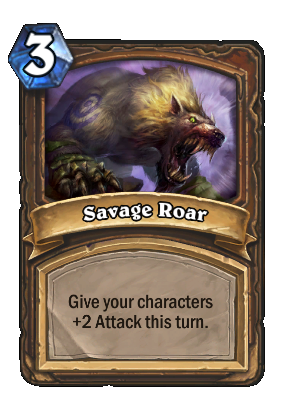 Give your characters +2 Attack this turn.

What do they roar? Nobody can quite tell, but it sounds like "Elephant Macho Breeze". It's probably not that, though.