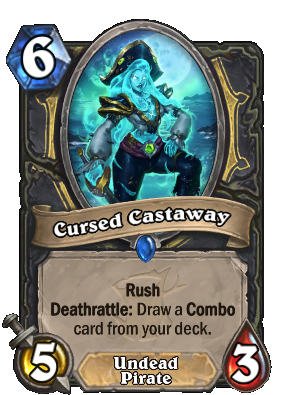 Rush
Deathrattle: Draw a Combo card from your deck.

She was an ordinary castaway... until she found that cursed volleyball.