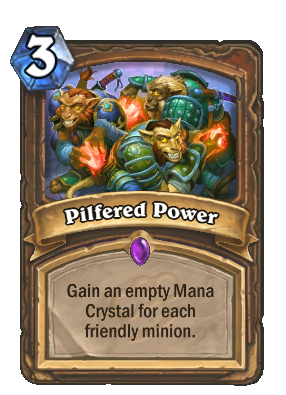 Gain an empty Mana Crystal for each friendly minion.

The Hozen don't get paid much, but at least they get to keep any excess mana.