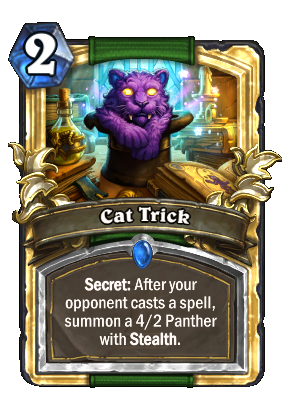 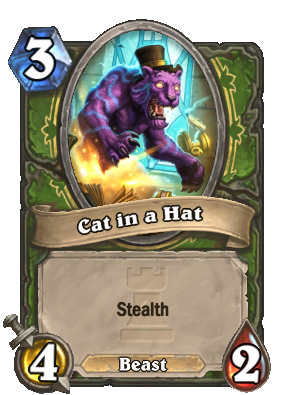 Secret: After your opponent casts a spell, summon a 4/2 Panther with Stealth.

"I know some new tricks, a lot of good tricks. I will show them to you. Medivh will not mind at all if I do."