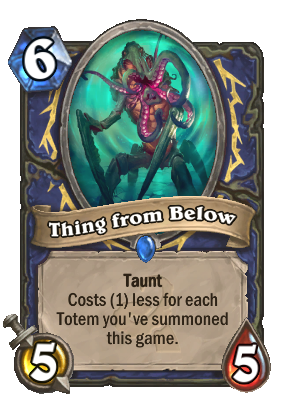 Taunt
Costs (1) less for each
Totem you've summoned
this game.

Just can't resist the opportunity to hang around with a bunch of totems.