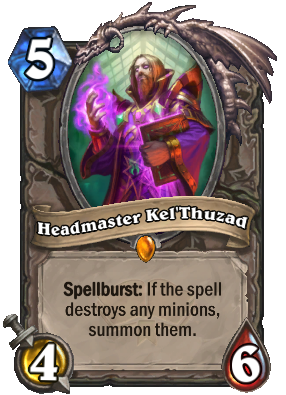 Spellburst: If the spell destroys any minions, summon them.

"You wish to know my secrets, hmm? I carry little bits of tuna in the sleeves of my robe, he loves that. Oh, you meant the risen dead? That was trivial, trivial."