Complete the quest as we develop board in the late game with the Exotic Mountseller with the addition and synergy of the spells of Choose One giving us more survival and then finish off the rival with Savage Roar or press it with the dragons of Ysera, Unleashed until finishing it Chef Nomi.

Untapped Potential. The reason for being able to play both effects and the specialty of the deck.

Treenforcements, Crystal Power, Worthy Expedition, Power of the Wild, Wrath, Crystal Merchant and Rising Winds. They are very good support cards for the early game since they are low cost in addition to combining them very well in certain turns to complete the quest.

Ironbark, Bogbeam and Nourish. It allows us to have a great synergy with the Exotic Mountseller in addition to helping us to control the board a little while Nourish us allows you to have more mana for the next turn to be able to summon more beasts.

Oasis Surger. He is the best minion of Choose One, far surpasses the other minions with the same function as Crystal Stag, Scion of Ruin and Faceless Corruptor (Obviously with the quest finished).

Hidden Oasis. The reason why I decided to create this deck because healing and taunt comes in handy against aggro decks, many games have saved my life for this card.

Savage Roar, Chef Nomi, Exotic Mountseller and Ysera, Unleashed. The essence of the deck and our main win coditions since all the effort was thanks to them made up of the best Chef of Azeroth, the specialists in beasts and the dragons of Ysera. A worthy mention of the Savage Roar by Lethal in every game.

Instead of showing the perfect hands for each class on what cards you should have in your starting hand because it is very random, you can simply change it so from now on I will not tell you what specific cards you should stay but rather to advise which cards It would do well against those classes in general.

Here I will make an exception to be able to tell you the same card combination that would come in hand in all matchups and you saved yourself from reading the same thing. Preferably keep the low cost cards [They are all from the second paragraph in the Core section] including the Quest to be able to play them successively with the remaining mana. And usually stick with Untapped Potential (obviously), Treenforcements, Crystal Merchant, or Oasis Surger.

Demon Hunter. Tempo DH variations. Low-cost spells help control the board a lot here. You do not want to trade or lose a quest advance just by killing a minion with your hero power since it is not worth risking for that but it is worth staying with Hidden Oasis, you will eventually draw the spells from early that will help you.

Druid. Spell or Big druid. Against spell is basically a mirror but we have more advantages in terms of value in addition to the difference of the Quest although the problem would be its swarm in tuno 5 so it would be good to develop a board before hand to avoid damage. Against big the same but this time stay with Nourish to be able to fight the board later.

Hunter. Face/Dragons/Highlander. Face hunter is the simple game of all so developing an early board will help us trade against those ugly grain gnomes and includes dragons and any beasts you have from the other archetypes. Stay with Hidden Oasis against any archetype of this class due to the large amount of excessive damage they can achieve.

Mage. Spell or Highlander. I have a mixed question about both confrontations, I'm not sure to stick with the most greedy cards because most of their spells can be directed at minions considering that each one interprets as if you want to spend it on resources sooner. Hidden Oasis comes in hand against spell for the amount of damage it will do to your face. Note: It's a slow class, another plan would be to just draw with Rising Winds even if you don't have the quest done.

Paladin. Libram or Murlocs. Putting minions in the early comes in hand to be able to fight the board in both matches so it costs a lot to stabilize later if we can't. Hidden Oasis is unnecessary against Libram but is required to have against Murlocs and Oasis Surger is very good in both confrontations.

Priest. Rez or Control Galakrond. You can set up a board to spend resources and keep greedy cards since these confrontations are very slow but very annoying. Chef Nomi will see more game here, we must let him use all the AOE to finish it off. Note: It's a slow class, another plan would be to just draw with Rising Winds even if you don't have the quest done.

Rogue. Galakrond variations. Same concept against any deck tempo or aggro, raise minions in the early and eliminate all possible lackeys on the table so that it does not make a wand.

Shaman. Quest/Galakrond, Evolution or Totems. In all archetypes it is necessary to play minions the same in the early with small removals since it is very dangerous to leave minions alive on the board.

Warlock. Quest Malygos. Same idea of small minions in early but only against Galakrond because Quest Malygos is very slow. Use Hidden Oasis after Alexstrasza plays you and keep a position above 20 health. Note: It's a slow class, another plan would be to just draw with Rising Winds even if you don't have the quest done.

Warrior. Enrage variations. Sometimes it works to have minions on the board or not to play minions so that you do not have synergy with damaged minions but preferably keep them just in case like Hidden Oasis.

They are honestly unnecessary but you can trade them for these cards if you don't have certain specific cards in the deck.

Synergies with Choose One 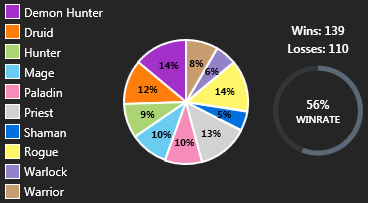 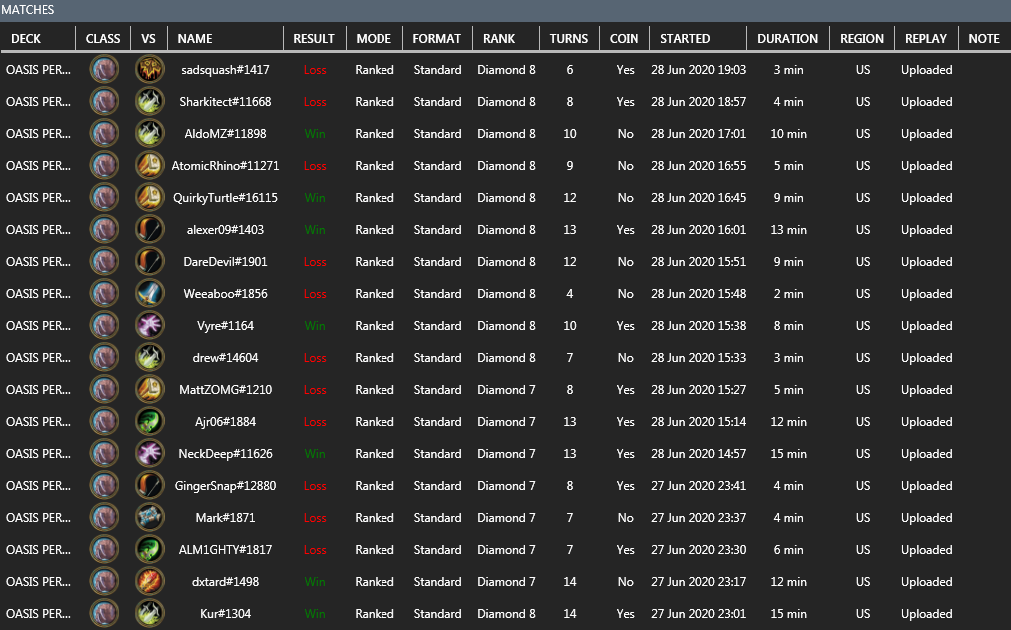