(credit: Kiwiinbacon) NB: Card changes.
Introductory words
If you find success with a deck, why not share that success with others? This is the reason for this deck post. I do not want my efforts to go wasted.

Through the past 3 days of fiddling (the viable card combinations) with iterations of the control mage - this came up to be the most successful (for me). Test it out, I want to hear your reactions!
I have been playing this deck nonstop for at least 2 days in a row, and I've had great results; now I want to see the potential at the hands of someone else.

Given enough time, this deck will break through the rank 10 floors of Cubelocks, Control warlocks, Dragon-priests, Jade druids, Aggro-druids, and Highlander priests; and performs as an anti-meta alternative. (pre-nerf) 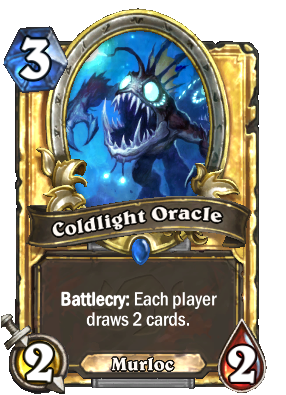 Coldlight Oracle is essential against card hoarding decks such as Priest and Warlock and can be a win condition, unlike Acolyte of Pain, which is the most direct comparison. Coldlight also works dynamically better than Acolyte in the sense that Coldlight Oracle draws immediately. In clutch situations, Coldlight can save you by drawing Arcane Artificer.


The combination of above secrets has in my testing been more efficient than 2x Ice Block because you have a greater chance to bounce back after the block pop - instead of staying like a sitting duck. Additionally, the ice barrier helps to cover the block.

I could add more cards to this list, however, not all of these are self-contained, which is the reason for the designated cards and the segment.

Inspirational sources
The inspiration has been derived from HotMeowth's and TicTac_HS's existing versions of the deck in addition to the Kazakus builds!

Final words
I know that people hide their thumbs-ups, but if you like the deck, do not forget to show your appreciation. 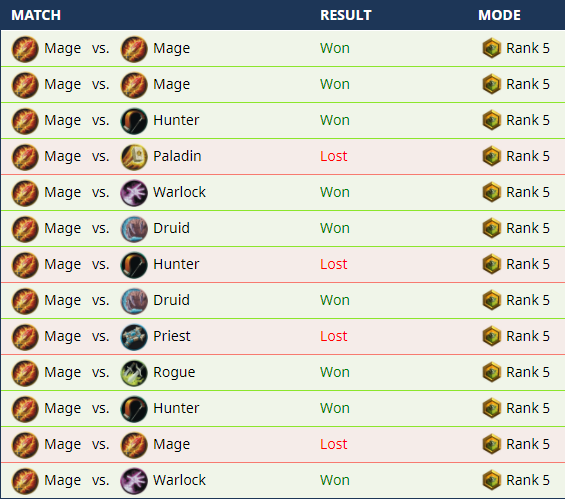