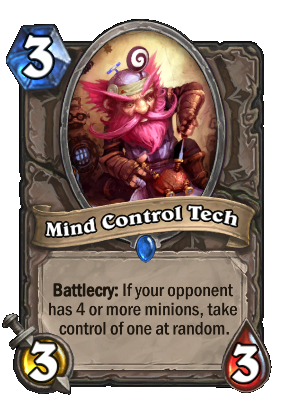 Battlecry: If your opponent
has 4 or more minions, take
control of one at random.

Mind Control technology is getting better, but that's not saying much.