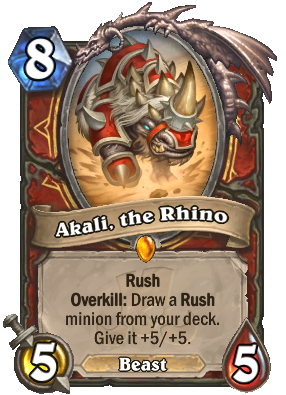 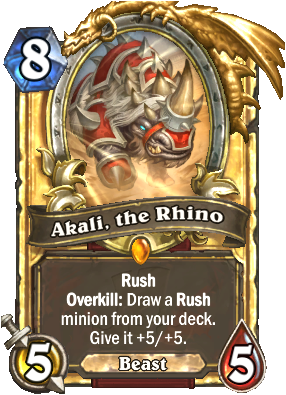 Rush
Overkill: Draw a Rush minion from your deck. Give it +5/+5.

Most trolls only get to “AAAAHHH!” and don’t make it to the “kali” part.