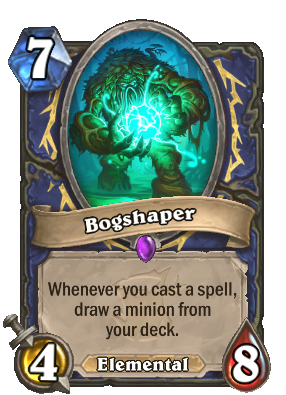 Whenever you cast a spell, draw a minion from your deck.

The tricky part is getting them to HOLD their shape.