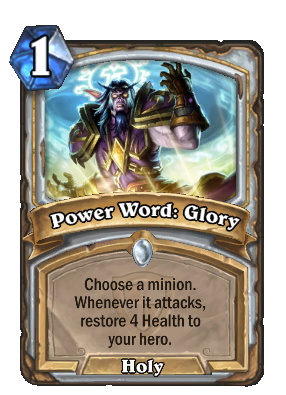 Choose a minion. Whenever it attacks, restore 4 Health to
your hero.