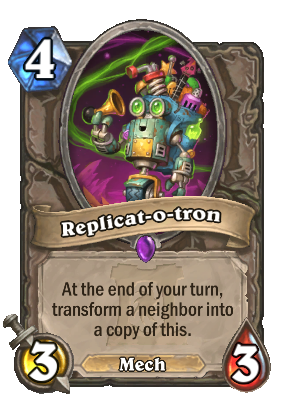 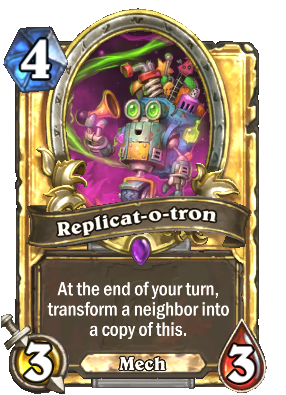 At the end of your turn, transform a neighbor into a copy of this.

According to the Boom Labs sales brochure, it "impractically makes itself!"