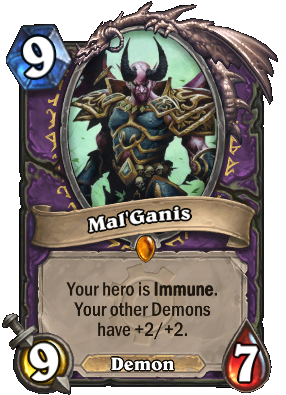 Your other Demons have +2/+2.
Your hero is Immune.

Mal'Ganis doesn't like being betrayed, so if you discard him, watch out.