Greetings lads. This is the deck i was testing during the last week of last season and i found it super fun and quite strong. So i wanted to share it with you.

This deck has hell ammount of tricks. There are many battlecry and discover cards that will always make you find something to counter your opponent plays. There are very helpful secrets and cc spells. And endgame can also be very strong with Medivh, Kazakus spells, Yogg and Arcane Giant. Elise can also bring more good stuff.

Check out my replays to see how fun and tricky this deck can be. Follow my climbing with Laddering Section. I'll constantly edit this deck during the whole season. Have fun.

Ok just started to climb. I'll share a screenshot for each rank i hit.

Here is the first one; defeated a Quest Warrior and got Rank 17; 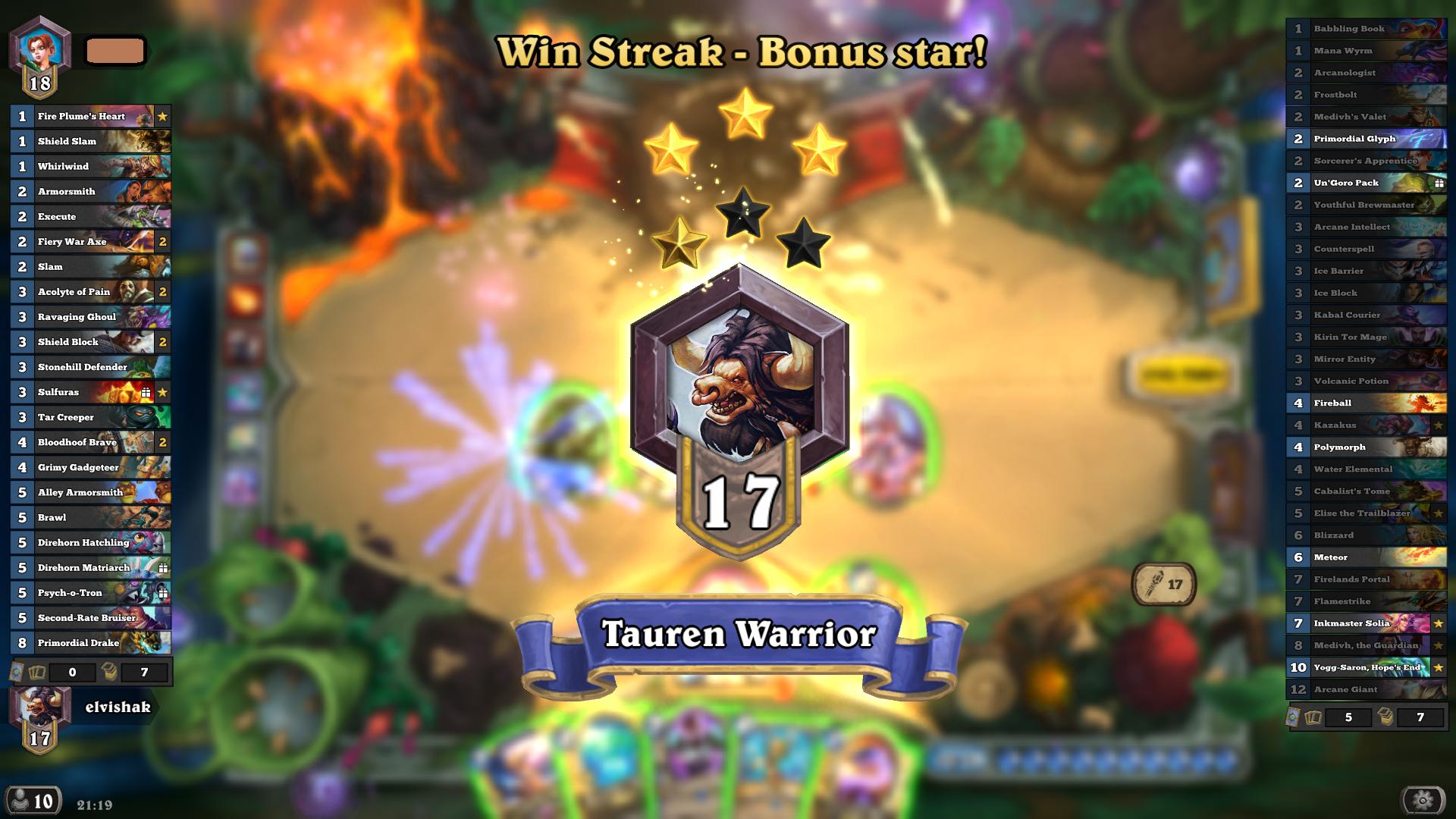 Defeated a meta mage and got Rank 16 now; 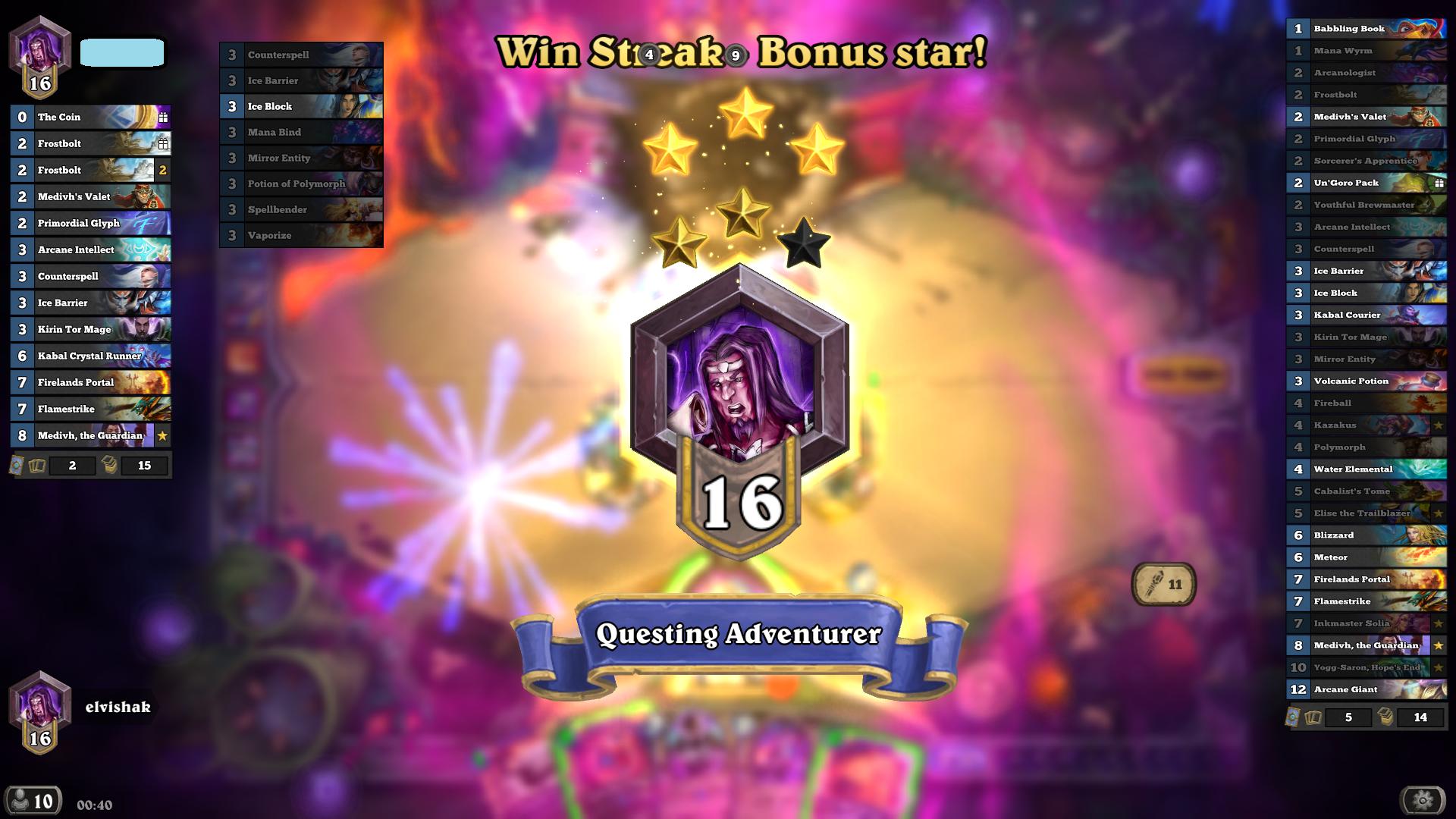 Defeated a Huntardo and climbed to Rank15; 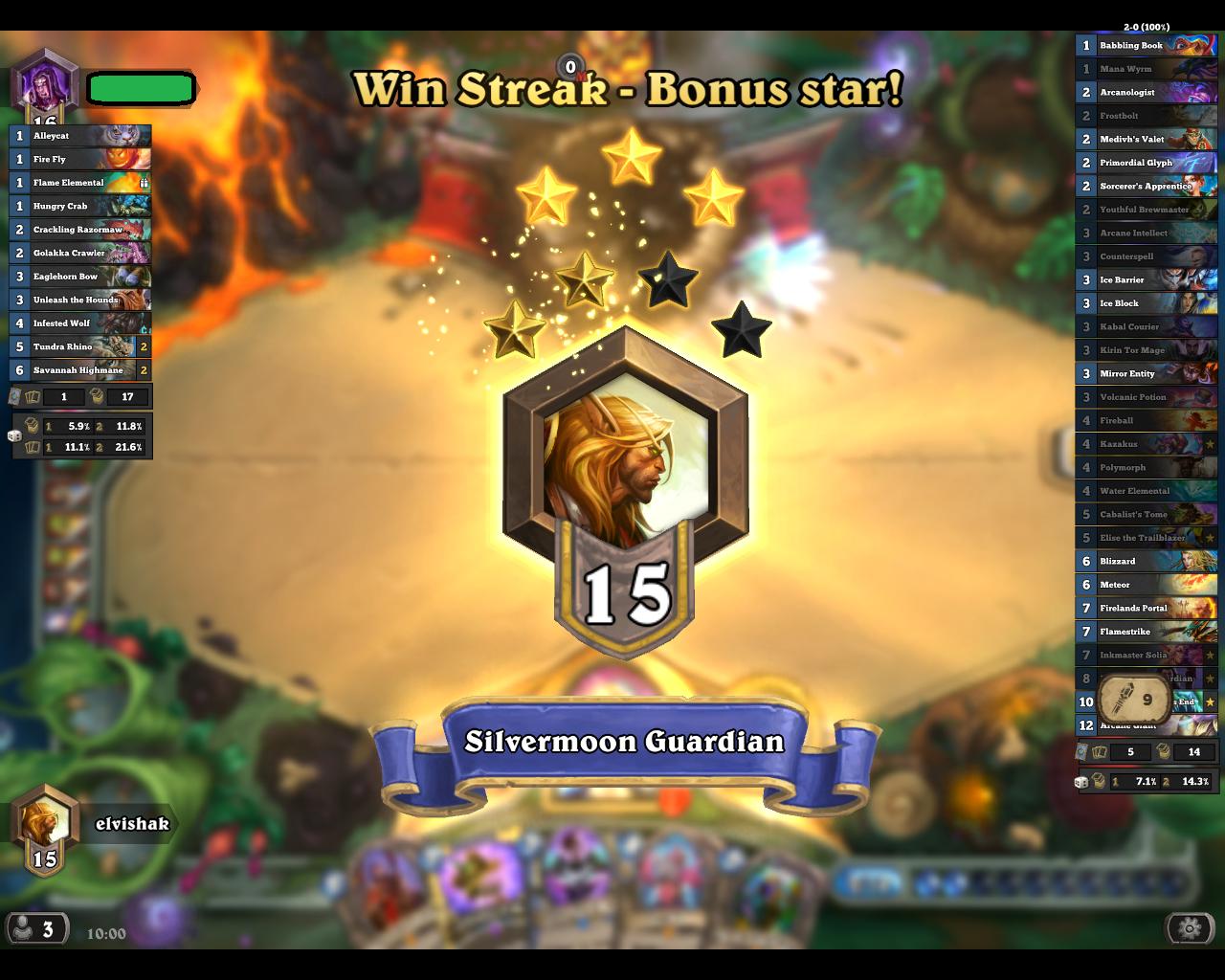 Defeated a meta Thief Rogue and got Rank 14; 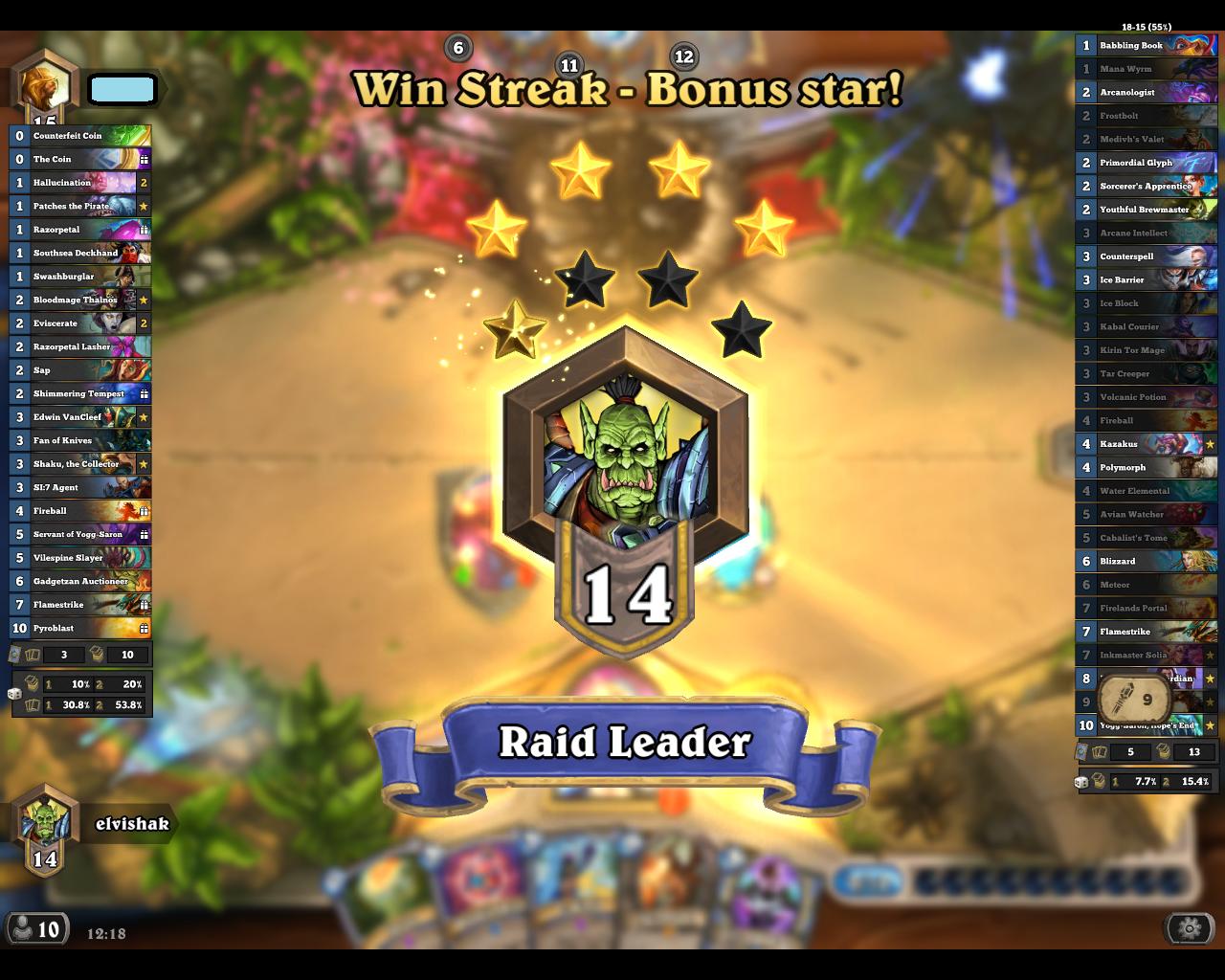 I was a little late to capture this but another victory against a bloodlust shaman got me to Rank 13. Climbing is easy now with current decklist; 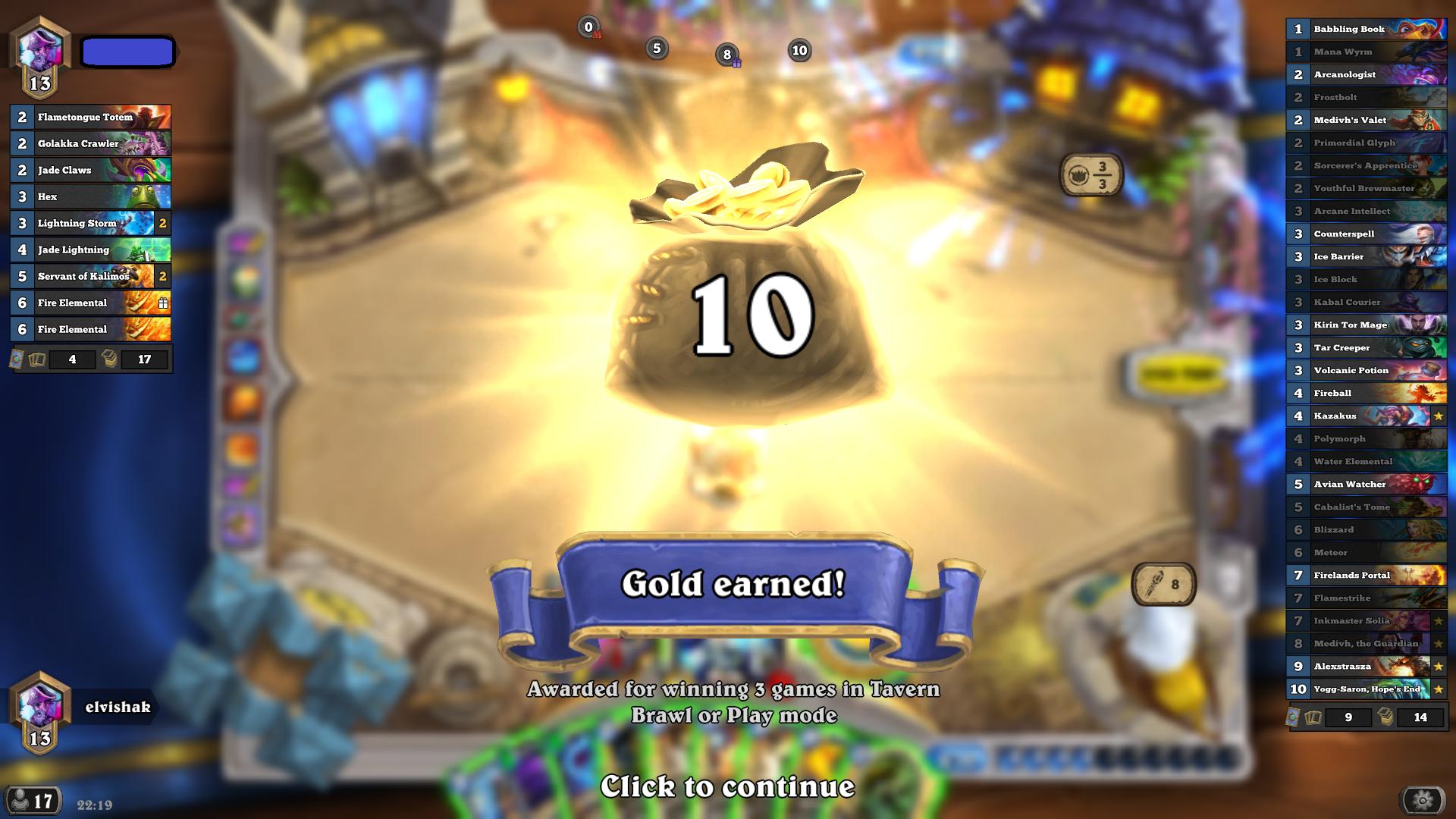 Okay, defeated a meta rogue and climbed to Rank 12; 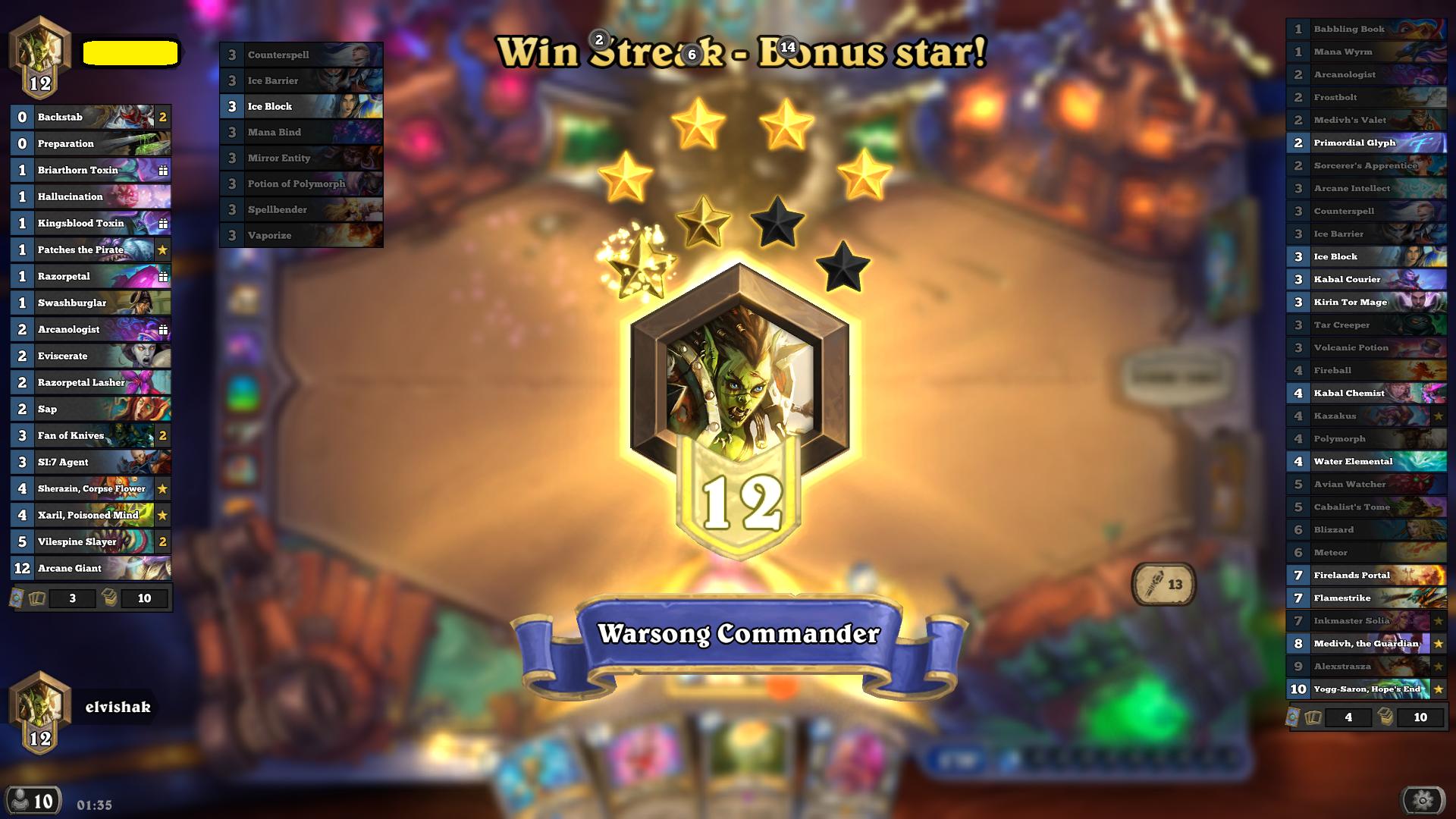 A victory against another mage moved me to Rank11; 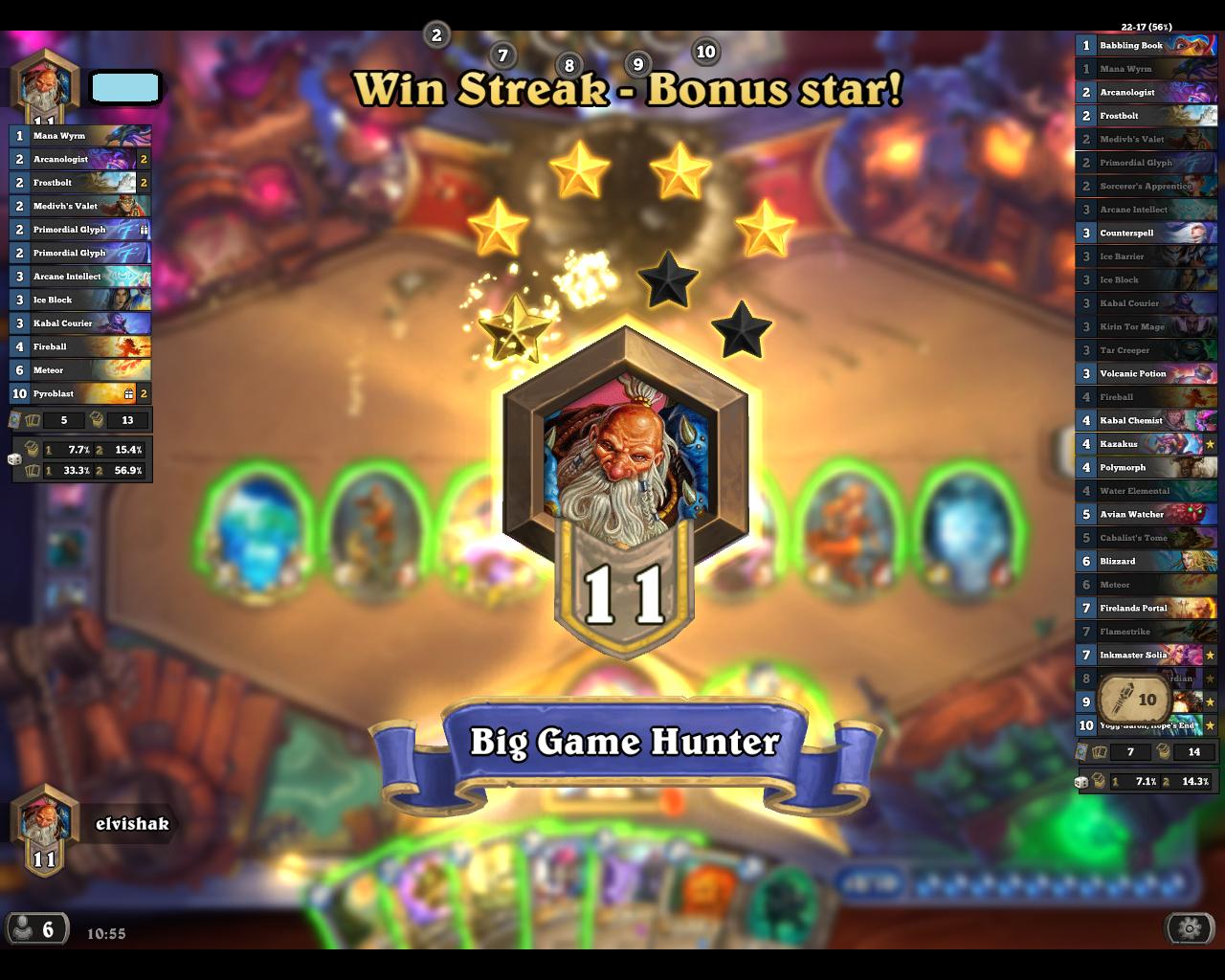 Okay pals, defeated a meta Paladin and got Rank 10 very easily after the last revisions; 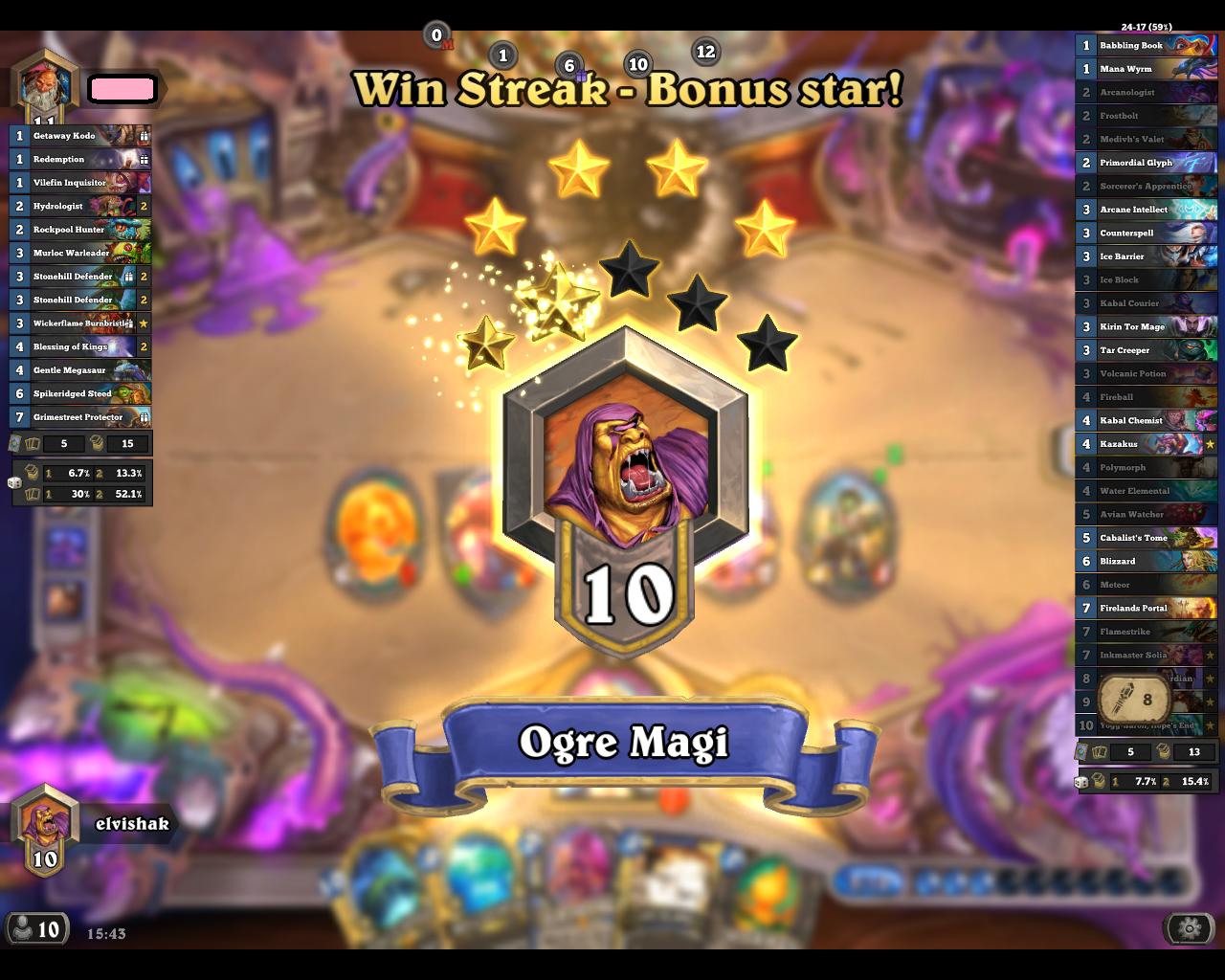 Owned a Quest Rogue and got Rank9 now, climbing nicely (over 65% atm); 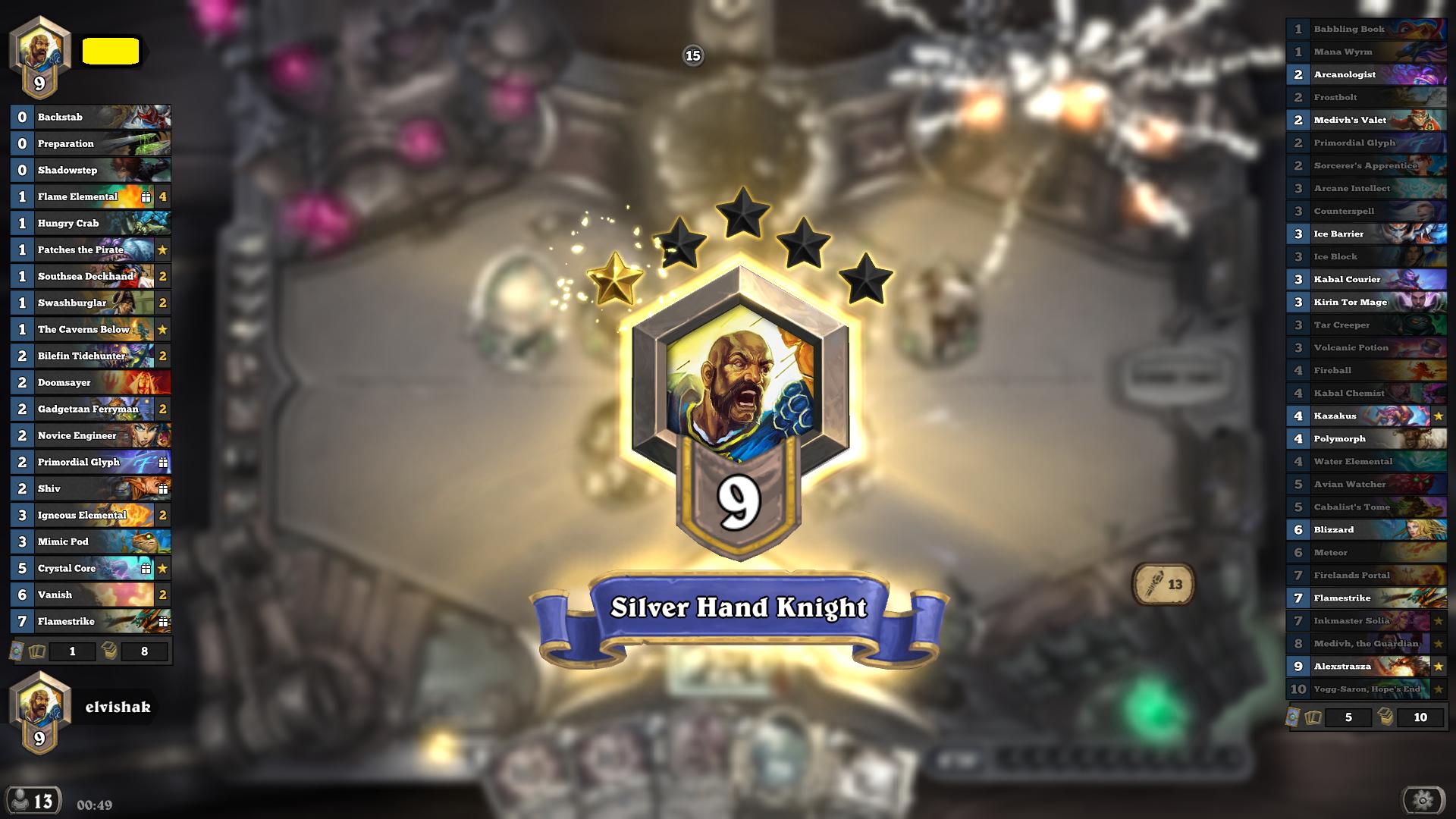 Meta still slacks on controlish decks and there are still hell ammount of fast decks like pirate warrior, murloc paladins and bloodlust shamans. Current changes brought more safety. Tar creeper's 3/5 body is nice while we aim to get further turns for our finishing tricks. Same goes for avian watcher as well. 5/7 taunt for 5 mana is cool enough. And there will usually be a secret around to active the battlecry effect. Alex can also save asses, also useful against quest warrior and other mage decks.

On the other hand i removed Elise cos while i like her i found out we have good enough discover cards for keeping our tempo up. Arcane giant is a good card for any class using many spells but as i said meta is still fast and when you get him before mid turns he completely stays unuseful.