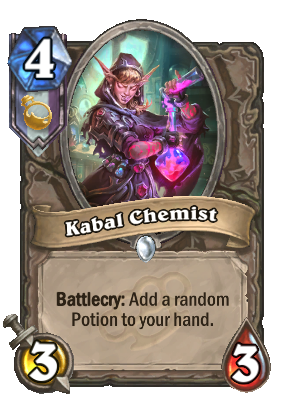 Generates one of several collectible potions.

Battlecry: Add a random Potion to your hand.