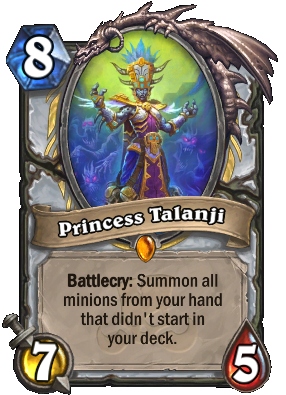 Battlecry: Summon all minions from your hand that didn't start in your deck.

Everyone wants to be a princess, but nobody ever considers the size of the hat.