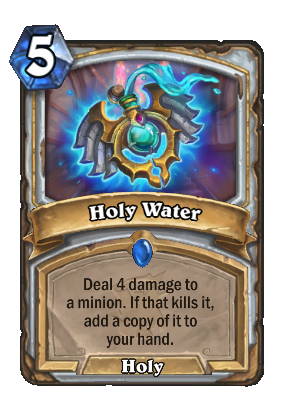 Deal 4 damage to a minion. If that kills it, add a copy of it to your hand.