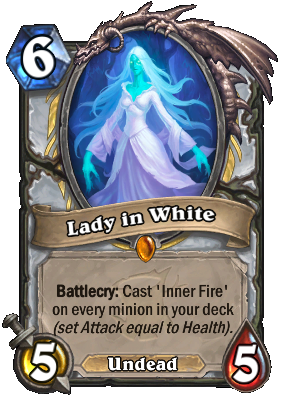 Battlecry: Cast 'Inner Fire'
on every minion in your deck
(set Attack equal to Health).

She was a lady in polka dots until the gnomish laundromat incident.