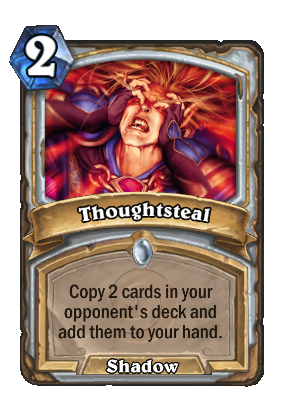 Copy 2 cards in your opponent's deck and add them to your hand.

"What do you get when you cast Thoughtsteal on an Orc? Nothing!" - Tauren joke