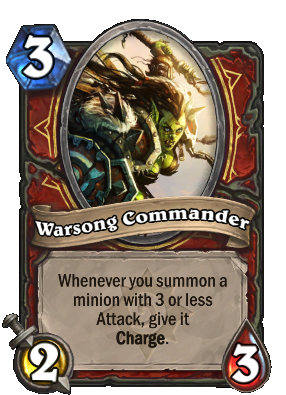 After you summon another minion, give it Rush.

The Warsong clan is such drama. It's really not worth it to become a commander.