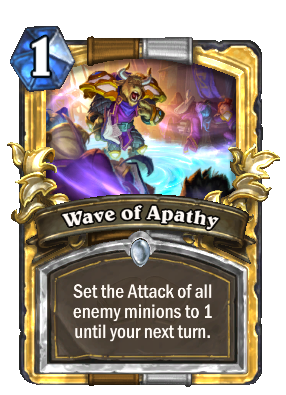 Set the Attack of all enemy minions to 1 until your next turn.