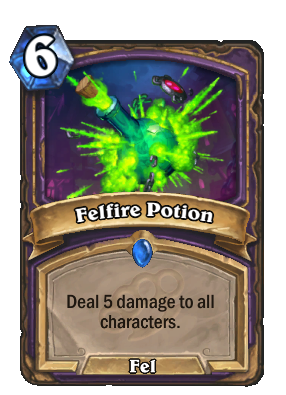 Deal 5 damage to all characters.

Kazakus has a squad of imps bottling Felfire round-the-clock and he *still* can't keep up with demand.