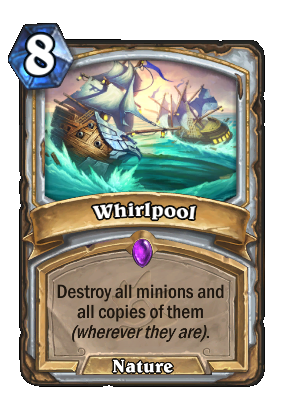 Destroy all minions and all copies of them (wherever they are).

In the southern hemisphere, it actually summons all minions instead.