Edit: Wow! Huge thanks to the guys over at Tempostorm for featuring my deck as the standard dragon priest list! You can check out their writeup here: https://tempostorm.com/hearthstone/decks/dragon-priest-standard-meta-snapshot-may-29-2016

Below is a video detailing my card choices and showing off some gameplay:

Hey Guys! Today I would like to share a spicy new dragon priest list I played exclusively from rank 7 to legend. The list went 65-26 in games (~71%) and is so strong that I truly believe it could lead to a new resurgence of dragon priest. So without further ado: 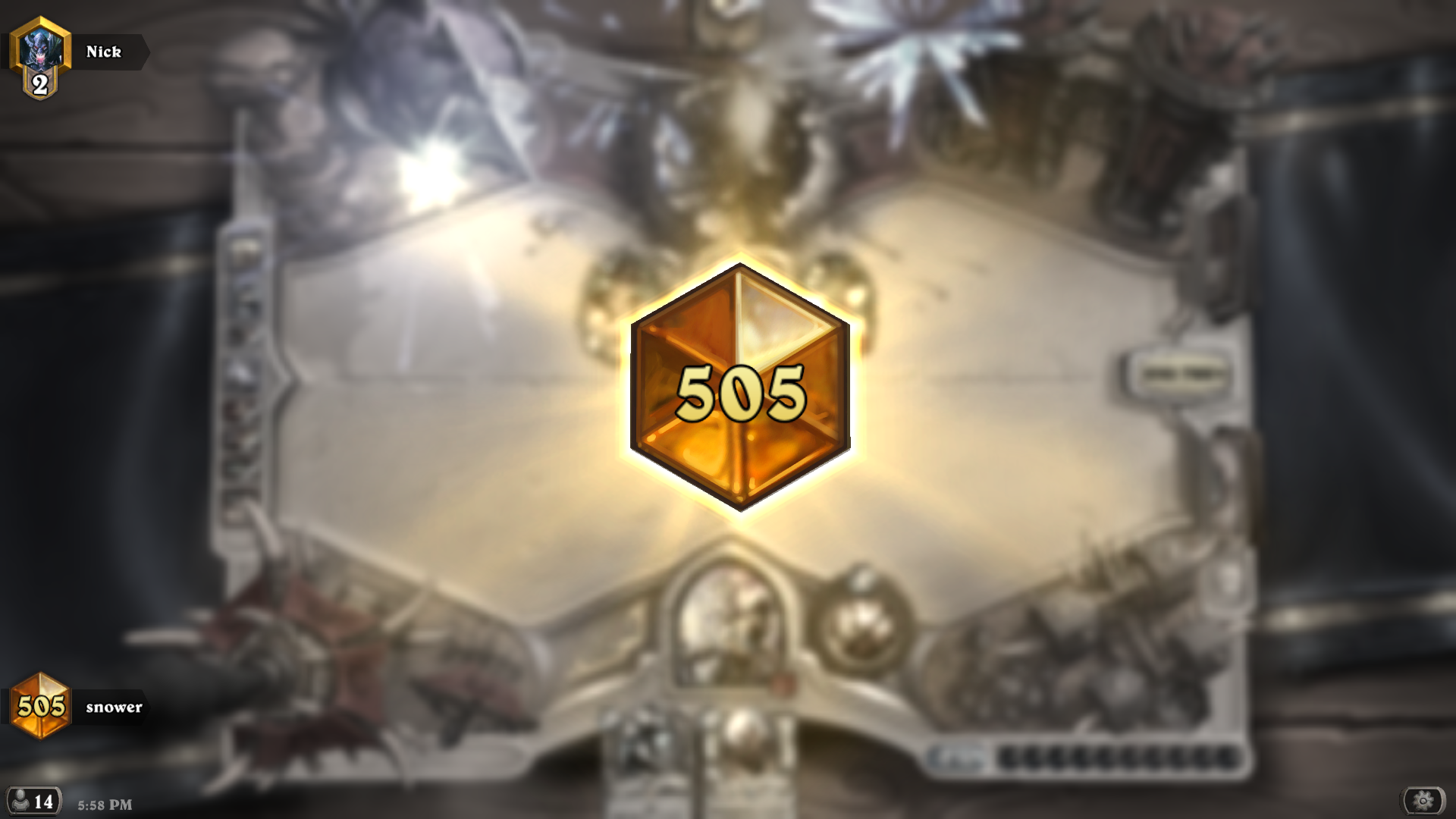 Edit: Trump played a version of this inspired by me! available here: https://secure.twitch.tv/trumpsc/v/67402200

What's so special about this deck?:

Well as you can see, the deck is significantly greedier than lists of old. Rather than playing lots of early game and mid-game with one or two finishers, it plays a large amount of lategame, with cards like Deathwing, Dragonlord, Ysera, and N'Zoth, the Corruptor as big finishers. This deck has gone a bit light on the 3 drops to ensure it can run with the big boys in the lategame.

Deathwing, Dragonlord: Deathwing may at first seem like a very strange include in a naturally defensive deck, but this monstrously large 12/12 can win you game singlehandedly. Often times will get to a grindy state where both players are topdecking. Playing a 12/12 puts a lot of pressure on your opponent to kill it, and they don't know what might behind him. Not to mention that he is resurrected by N'Zoth, the Corruptor. Dragon Priest has always struggled to have enough dragons to activate the Dragon matters cards, and this guy does a lovely job of fitting the bill.

Chillmaw: I have gotten a lot of questions on reddit about this one. A lot of people are quick to point out the anti synergy with shifting shade post N'Zoth. Chillmaw is a straight up excellent minion in this deck. It's a dragon (which matters a lot), it has taunt, and it can be revived by N'Zoth. The card is very powerful and won't always kill your shifting shades, and even if it does, you still draw 2 cards, doesn't seem too bad to me.

2x Shadow Word: Pain: We play 2 of these because it is stupidly good right now. The list of pain targets is too large to list off, but some key ones are: Bloodhoof Brave, Tunnel Trogg, Totem Golem, Thunder-Bluff Valiant, and Imp Gang Boss.

Excavated Evil: A solid AoE card. The extra damage is a really big deal in many situations. I would run 2 if I was seeing alot of shaman, but Holy Nova has also been very good. So I choose to play one of each.

N'Zoth, the Corruptor: This majestic old god allows us to get away with a much greedier and lategame oriented deck. Priest naturally has some of the best defensive early game in Hearthstone and curves into a strong midgame, and thanks to this bad boy: an unbeatable lategame.

But What if I Don't Have:

Deathwing, Dragonlord: Deathwing is a powerful finisher in this deck, and while he's gotten a lot of skepticism, he does work in this deck. My advice would be to replace him with another high impact Deathrattle or Dragon card. Against control, Cairne Bloodhoof and against aggro, Alexstrasza.

Chillmaw: This card is really core to the deck. The taunt and AoE are so critical, both against Aggro and Control. Make him if you can, but if you REALLY can't make chillmaw, try playing some more proactive early game, a good example would be Doomsayer.

Hunter: Yogg and load is good, Midrange is roughly 50-50, perhaps slightly against you. Mulligan for your early drops. Be very conscious of your life total as cards like Call of the Wild mean that your life total is never enough. Make proactive plays to preserve your life.

Paladin: I played against virtually no paladin, but the few I did were favorable. Be conscious of equality clears as you play.

Shaman: One of the deck's best matchups. Look for Shadow Word: Pain and early minions. You should be glad to see these guys, as this is almost always a win.

Warrior: Another great matchup. Against tempo you want your Cabal Shadow Priest, Shadow Word: Pain, and early minions. Against control, look for Wyrmrest Agent and lategame. Be very cognizant of Sylvanas Windrunner + Shield Slam. Often I will hold her until I can kill it myself to ensure I get another one later.

Priest: A free win. Control priest doesn't have good answers to tons of high health minions, and dragon priest's wont be as greedy as yours, making you the favorite. Try to offer them smaller pain targets so you can make space for your Twilight Guardian to do work.

Warlock: Zoo is a fantastic matchup as well your early minions stem their pressure quite well, and you have efficient answers to their threats, namely Sea Giant. In this matchup it can sometimes be right to keep an Excavated Evil to recover the board on turn 5, it all depends on your hand. Reno can be a little tricky because of their high level of threatening cards, but you are definitely still favored. Try to curve out. Look for your Twilight Guardian.

Druid: A great matchup. Recently there have been some more aggressive token style decks floating around, which stand up quite poorly to your deck. C'Thun druid still rears it's head here and there, but just curve out and look for a Shadow Word: Death and this should be yours for the taking.

Mage: Tempo/Yogg is favored for you, and Freeze is almost as bad as rogue. Look for Blackwing Technician and Wyrmrest Agent to contest the tempo mage early game cards, like Mana Wyrm and Sorcerer's Apprentice

That's all for now! Thanks for reading this far! If you have any feedback or questions, feel free to leave a comment or reach me on twitter at @snower_hs. Happy Priesting!