Hello, my nickname is Grubos and I'm F2P player from The Czech Republic.

I reached legend rank on EU server with this deck in season 9. It took me 4 days with no regular playing time to get from rank 5 to legend

GUIDE STILL IN PROGRESS (right now working on other MATCHUPS).

Q: What are your thoughts on Ogre Brute vs Ancient Watcher?

A: I tried to play Ogre Brute instead of Ancient Watcher, but that 1 health and 1 mana difference was too much for me. I feel that Ancient Watcher has better stability in the long run. But you can definetely try it for yourself, maybe you're going to have more success than me. ;)

Q: What do you use the Recombobulator for?

A: It is an instant complete heal for the Mountain Giant & Molten Giant. Then you can upgrade Antique Healbot, which has great battlecry but stats are not so good and there are many better 5-cost minions with taunts etc. (Sludge Belcher for example). Another possible targets are silenced/damaged Twilight Drake, Defender of Argus. Also great targets are silenced Sylvanas Windrunner or Infernal - there is a big probability you'll get a legendary, there are many of them on 6-mana cost.

Q: Why don't you use at least one Soulfire?

A: Soulfire is a card that I never liked in Handlock, it is so inconsistent because of that discard. And now when it costs 1 mana it's even worse. I think that with 2x Darkbomb is the deck much more stable.

Q: From what rank you started to use this deck before reaching legend?

A: I started at rank 7, but I used this as my only one deck that I haven't switched once from rank 6.

Q: Why Sylvanas Windrunner instead of Dr. Boom?

GUIDE STILL IN PROGRESS (right now working on other MATCHUPS).

I will answer every question, so feel free to comment or add me in the game - grubos#2906. !

I was also wondering if there will be an interest about streaming, so please let me know guys. ;)

And don't forget to rate my deck if you like it! Thank you. 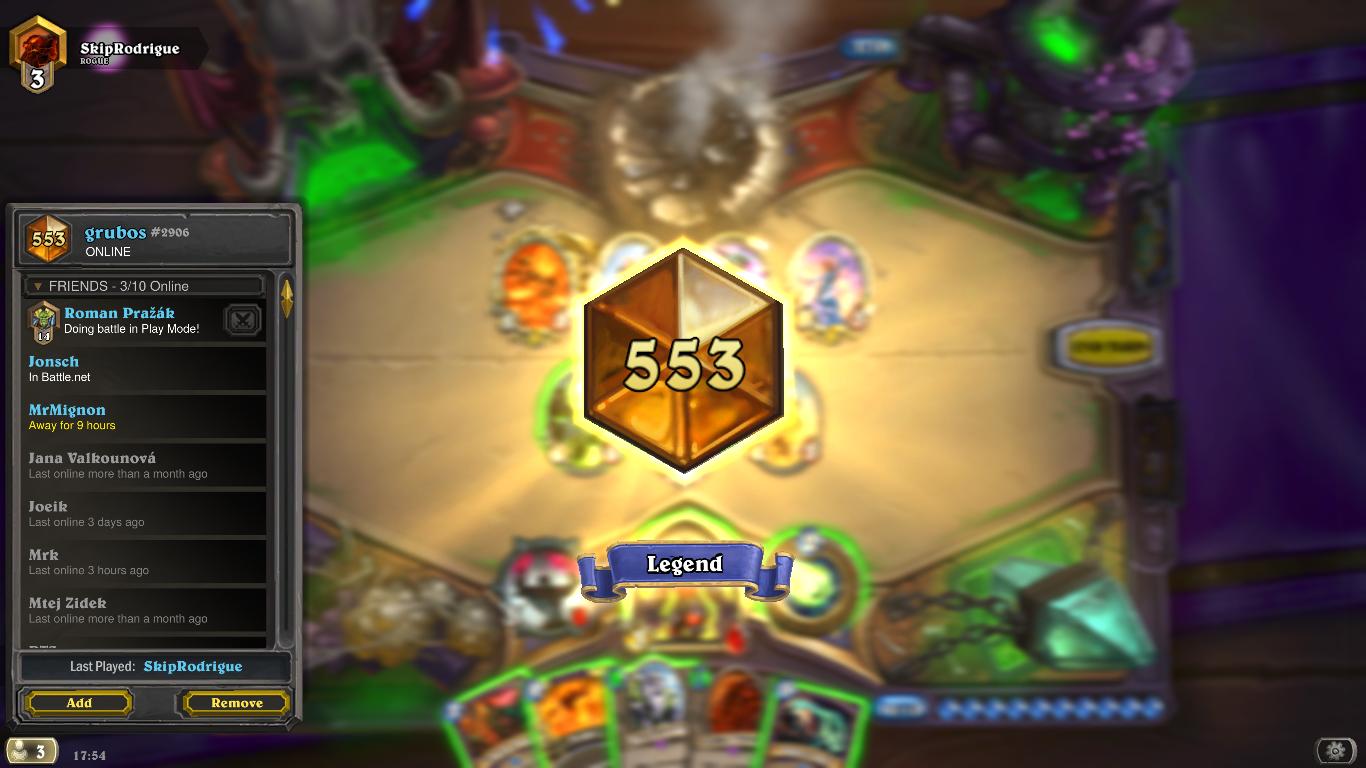