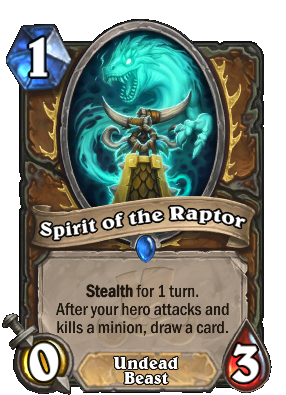 Stealth for 1 turn.
After your hero attacks and
kills a minion, draw a card.