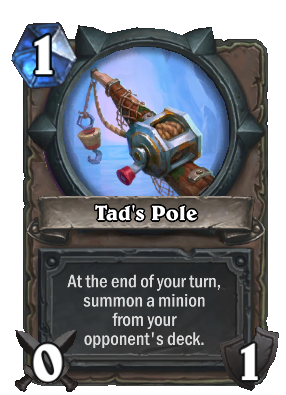 At the end of your turn,
summon a minion
from your
opponent's deck.