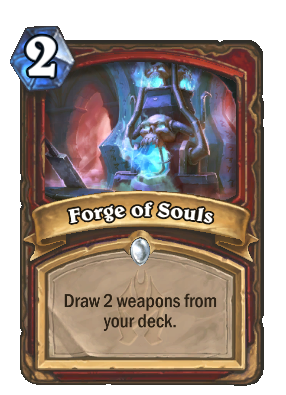 Draw 2 weapons from your deck.

Powerful weaponry forged by Bronjahm, the Godfather of Souls.