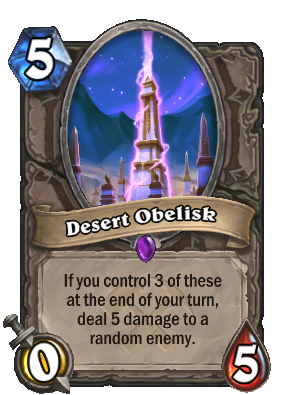 If you control 3 of these
at the end of your turn,
deal 5 damage to a
random enemy.

The Obelisk of the Stars can hide an entire land from prying eyes! Or zap a rando.