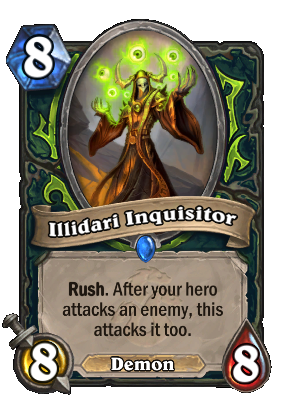 Rush. After your hero attacks an enemy, this attacks it too.