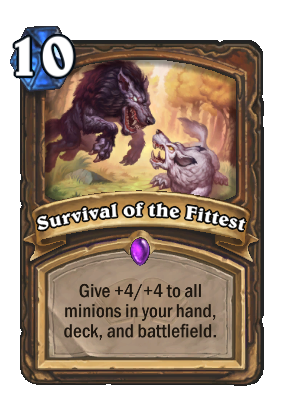 Give +4/+4 to all minions in your hand, deck, and battlefield.

Sometimes the fittest is the one smart enough to not start a fight with seven 6/6 Treants.