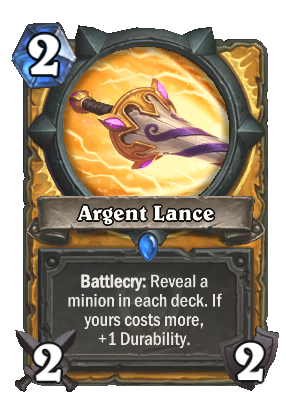 Battlecry: Reveal a minion in each deck. If yours costs more, +1 Durability.

The stripes make it look like a candy cane, but we recommend against licking it.