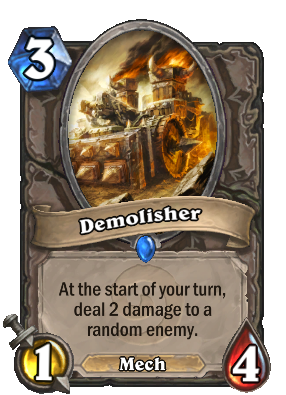 At the start of your turn, deal 2 damage to a random enemy.

Laying siege isn't fun for anyone. It's not even all that effective, now that everyone has a flying mount.