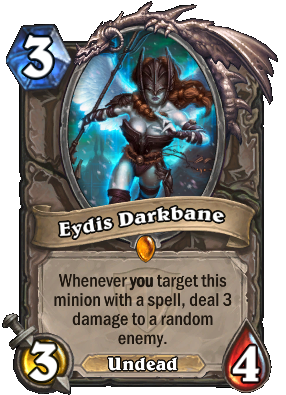 Whenever you target this minion with a spell, deal 3 damage to a random enemy.

HATES being called "the wonder twins".