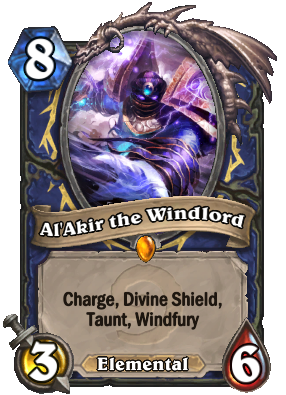 Al'Akir the Windlord was the Elemental Lord of air. He ruled over his domain of Skywall from his seat at the Throne of the Four Winds. He was once the foremost tactician in the Old Gods' horrific armies. Aligned with the corrupted Dragon Aspect Deathwing and his fellow Elemental Lord Ragnaros the Firelord in their efforts to usher in the end of days, Al'Akir was defeated by the mortal champions of Azeroth, who were able to enter Skywall from the breach in Uldum and destroy the Windlord within his own sanctum.

He is the weakest of the four Elemental Lords. And the other three don't let him forget it.