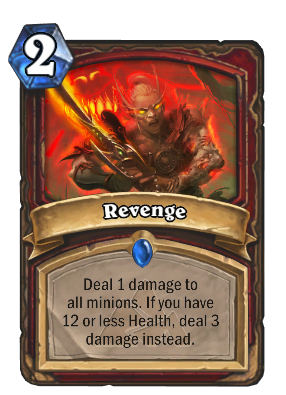 Deal 1 damage to all minions. If you have 12 or less Health, deal 3 damage instead.

This is better than Arcane Explosion, so I guess warriors are finally getting revenge on mages for Mortal Strike being worse than Fireball.