Aggro Shaman is with out a doubt one of the strongest decks in the game but many people play it wrong. I think I can offer what I have learned from my climb to #1 and of course do a little bragging :).

Many people see a 1 drop and keep it because it's cheap. But it's important to mulligan for specific one drops that are good in your match-up and don't forget that other cards like totem golem, jade claws, and flame wreathed faceless are easily game winning and should be kept in some match-ups. 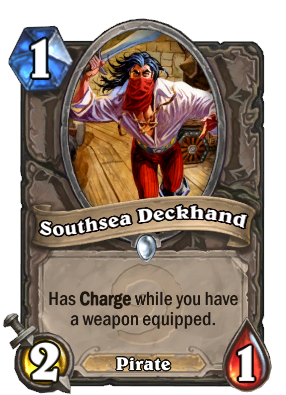 Southsea Deckhand is a one drop that does summon Patches the Pirate so you would think it would be great, but If you summon it on turn 1 against another pirate deck then all they have to do is play a pirate and trade in their Patches the Pirate and you're left with a mere 1/1 on the board and your opponent has the tempo.

Southsea can be kept in combination with Spirit Claws and Jade Claws to take advantage of the charge and it can be kept against reno decks if you have Flametongue Totem for the purpose of countering Doomsayer.. If you play Southsea Deckhand on turn 1 and then they play Doomsayer, Flametongue Totem enables you to kill it. 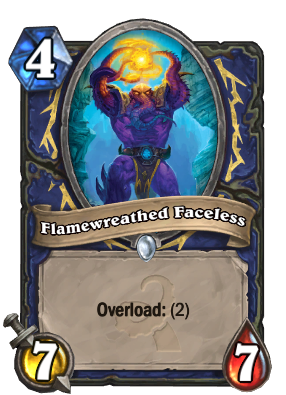 A 4 mana 7/7 turns out is pretty good. Especially against the classes that hae a hard time dealing with it. Renolock has only Blastcrystal Potion, druid has only Mulch and the occassional Naturalize, renopriest only has Shadow Word: Death, renomage has only Polymorph.

However doing nothing until turn 4 is not going to be good enough to win most games so it's important to realize when the perfect dream curve isn't going to work out and you need to try for 1 drops.

It's also important to realize that this card can completely lose you the game in some matchups. for example versus rogue they can play a minion and Preparation Sap and now they have the board and you're overloaded for 2 mana.

I'll go more in depth If the deck gets enough attention :)