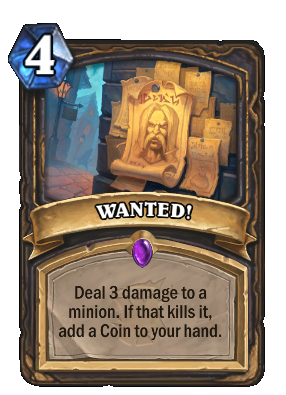 Join the discussion on our forums! Come discuss WANTED! over in our dedicated WANTED! discussion topic.

Deal 3 damage to a minion. If that kills it, add a Coin to your hand.