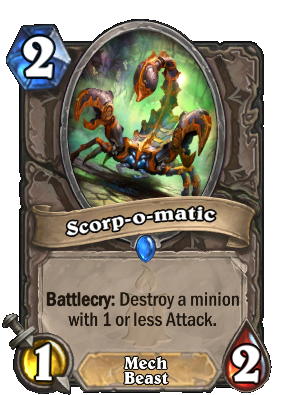 Battlecry: Destroy a minion with 1 or less Attack.

Back in my day, we had to manually scorp.